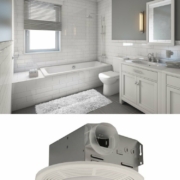 Want to join the discussion?
Feel free to contribute!

What you need to know about your homes smoke detectors.
Scroll to top